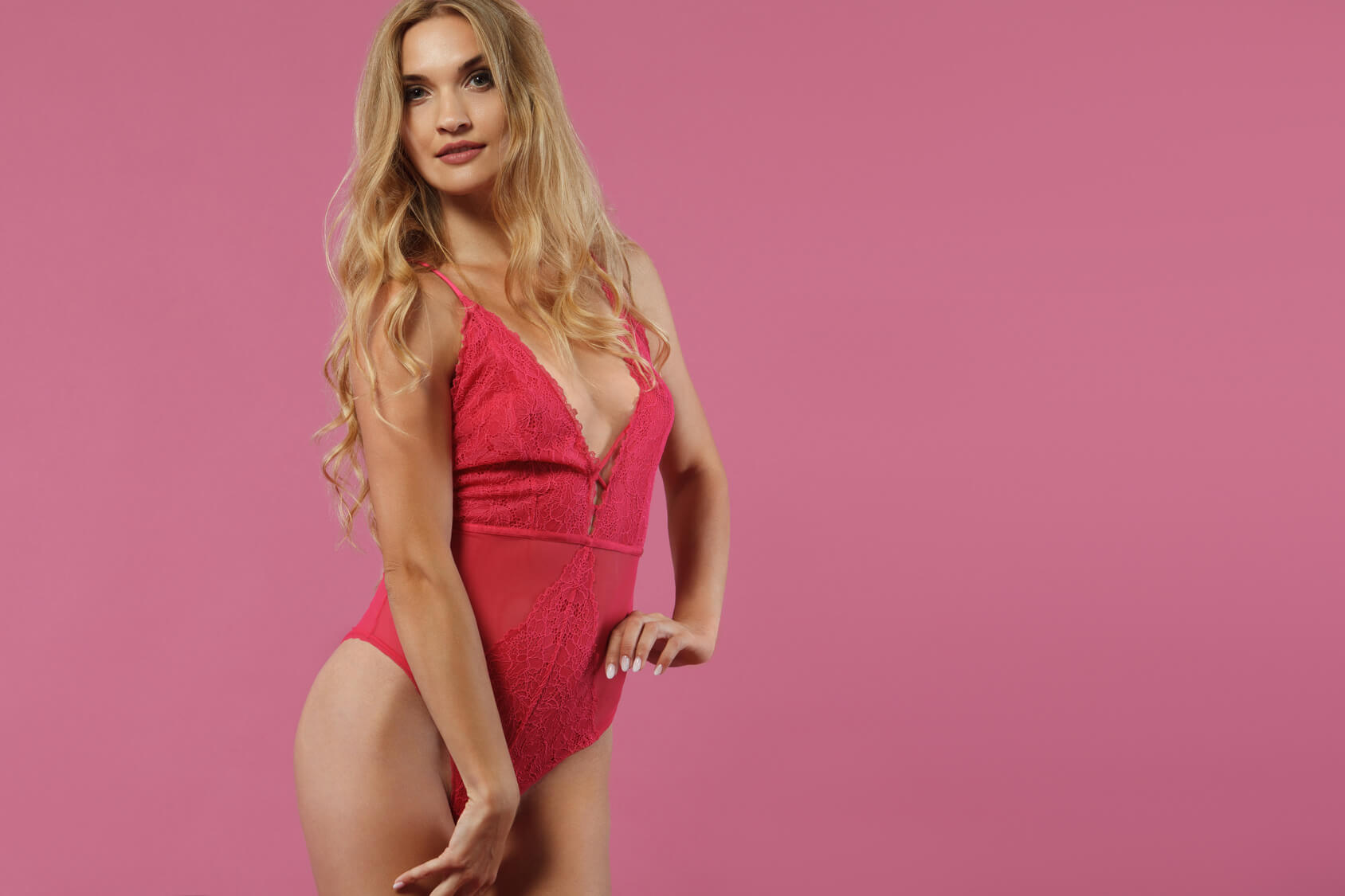 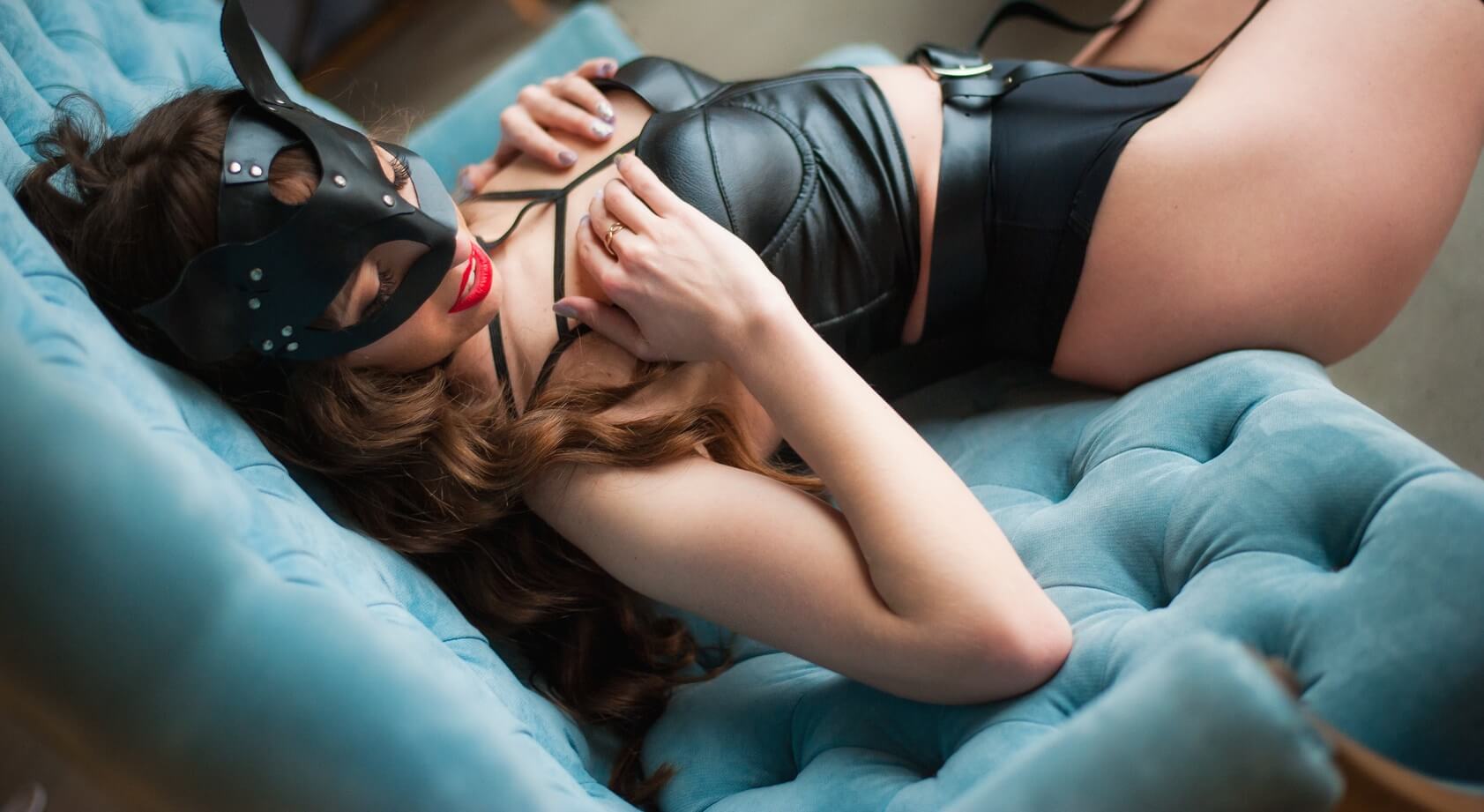 A guide to using hookup sites

While there are plenty of dating sites on the Internet, not everyone is looking for a romantic relationship. If you’re not ready to commit and would rather pursue casual sexual encounters, read our guide to hookup sites.

What is casual dating?

In recent years, there’s been a dramatic increase in the number of casual dating sites on the Internet. Recent figures estimate that worldwide there are around 700 million singles and around 8,000 matchmaking sites.

However, not all these sites are designed for the traditional relationship. Those who would rather ‘play the field’, before even thinking about setting down are using adult dating sites in the pursuit of something that doesn’t come with the responsibility of a full-blown relationship.

Casual dating sites are for those who are looking for a ‘friends with benefits’ or also referred to as an ‘fwb’ situation. While the uninitiated might think that this is just another way of looking for casual encounters, there’s a little more to it than that.

As a result, it’s not uncommon to find casual daters who are involved with more than one partner. However, rather than it just being about casual sex, you might find casual daters looking for a ‘Netflix and Chill’ evening as much as anything else.

Casual dating sites aren’t for everyone; they’re for those who want to enjoy the company of someone they find attractive, but don’t want the perceived burden or rules of a long-term partnership.

These types of more fluid relationships don’t stop you from going on night outs, making plans together or even meeting your date’s friends and family. What it does mean is that your relationship doesn’t come with the unspoken rights that long-term partners grant each other.

Casual dating sites of this kind are for those who want their relationships to be convenient and without the “where have you been?” or “who were you talking to?” attitudes of the traditional partnership.

Using them means that you’ll have to be upfront about what you’re looking for, but you’ll also find that so is everyone else who uses them. If you’re looking for a level of emotional engagement and sexual connection but without making the promises you’re likely to break, they could be for you.

What is a hookup?

Mobile hookup apps and dating sites are targeted at those who want their sexual encounters to remain separate from the rest of their personal lives and with ‘no strings attached’. Like-minded daters can arrange hookups or one night stands through sex dating sites.

However, they aren’t just for sex-hungry singles. Many of those who use apps and sites of this sort are either in a long-term relationship or can even be married.

There are plenty of reasons why someone who’s married or in a committed relationship might turn to adult dating sites. It could be that the spark has gone out of their sex life, that their partner is unable to have sex, or that they are looking for some excitement beyond the walls of matrimony.

What is important to married people looking for a one night stand is that the sites they use offer absolute discretion. These are people who don’t want their domestic boat rocked in any way; they aren’t going to leave their partners, but they do want to ‘play away’.

What’s also important is their sexual partners understand the Golden Rule of hookup culture: that there is no further obligation between either party once the evening is over. This is where hooking-up is different from casual dating. If it’s a one night stand, the boundaries are already set. Hookups are for sex and sex alone.

How do hookup sites work?

Since sex dating sites were launched in 2012, a plethora of competitors have hit the internet. You’ll find hookup apps used on a daily basis, by those who are looking for ‘no/any strings attached’ sexual partners.

It’s worth knowing that not all hookup adult dating sites are created equal. The best one night stand apps tend to offer their users a broad range of free services, giving them the basics with which to at least see if there are other like-minded people out there.

However, if you want to increase your chances of finding casual sex, the likelihood is that you’ll have to take out a subscription. Subscribing to an one night stand app and site usually unlocks the tools crucial to finding a hookup, such as messaging.

Less scrupulous sites will charge you from the outset or offer you a selection of free services that’s so limited, you might as well go and hang out in a bar. The better sites are the ones that will give you enough so that you can give it a ‘test drive’, before deciding whether to sign up.

Generally, registering is free. It usually requires that you supply an email address, a username and a basic profile and then you’re good to go. For those who want casual sex, but are married, many sites recommend that you set up a separate email account purely for this purpose.

One of the more frustrating things about being a free member is often the limited way in which you can view profiles. Most of the biographies and photographs on these sites contain explicit adult content – which is part of the point.

If you can’t read or see the information you need, then how are you able to choose your sexual partners? However, subscribing usually frees this up, allowing you to view profiles in full and even send explicit adult content of your own to other users who have expressed an interest in you.

The ultimate aim of the hookup culture is to meet up and have casual sex. Usually, one-night stands and casual sexual encounters are arranged through private messaging on hookup apps or websites. It may even take place via phone, if you’ve swapped numbers.

However, something that has been a concern for users of hookup sites is offline safety. Meeting for a hookup with someone you’ve never met before can be a risky thing to do and the better sites of this sort will offer advice on how to stay safe when hooking-up.

Visit our tips and guide page for more insights on casual dating!

Is casual dating right for me?

The cornerstone of casual dating is setting up boundaries. For some people, casual dating is a more fluid version of the conventional relationship. For others, it’s a ‘friends-with-benefits’ scenario, that permits other sexual partners. Ultimately, it’s for you to decide what it is – but your other partner/partners must be in agreement.

Before you sign up to any one night stand app, it’s worth asking why you’re considering it in the first place. For many casual daters, it’s a chance to enjoy all the positives of a relationship, but without all the ties and commitment that traditionally come with it.

However, there are other reasons for people to use this type of service. It might be that you’ve just come out of a long-term relationship and want to dip your toe back in the waters, but not as deeply as before.

It might also be that you’ve never been in a relationship and want to get some experience under your belt before pursuing a long-term relationship. There’s also the possibility that you’re married and aren’t getting what you want from your wife or husband, emotionally and intimately.

Whatever your answer, there are some other factors you need to consider before taking the plunge. The first is what you’re prepared to accept from your date or dates. While it might suit you down to the ground to have several sexual partners, can you handle the same from someone else?

If the idea of the person you’re casually dating being emotionally and physically intimate with others doesn’t make you feel too good, then casual dating is probably not for you.

Honesty is another important consideration. In order for a relationship to survive any length of time, parameters are going to have to be set. Do you want to hear about your date’s other sexual partners?

Setting boundaries right from the get-go is the only way to make the most of your encounter. It also diffuses the idea that dating of this sort is unfeeling and lacking in respect. By defining the limits of your relationship, you are automatically taking their feelings and opinions into consideration.

If you feel that you’re capable of establishing restrictions and living by those that are set by others, then this type of dating arrangement might be for you. If not, then you’re probably better to look for something more long-term.

Just as casual dating isn’t for everyone, the same can also be said of the conventional style relationship. Which path you choose depends entirely on what you want from your relationships and that can mean some serious soul-searching.

Start with the basics and ask yourself what your ideal relationship would be like. Would it be overflowing with sexual partners, even though you might have to live with the fact that they may also have sexual partners beyond you?

Or is it just one person who is always there for you, despite the fact that you’ll have to weather the downs of that relationship, in addition to the ups?

It might also be worth asking yourself the reason you think you want the kind of relationship you do. Are you sticking to the idea of a romantic relationship because that’s what’s expected of you, whether it be by your family, friends or society in general?

What is safe casual dating?

While most one night stand apps that take a more relaxed approach to dating are completely legit and offer a secure environment in which users can find like-minded partners, casual dating and one night stands doesn’t come without risks. Online, you could be at the mercy of fake profiles, scammers, and blackmailers.

Offline, you could find yourself encountering someone who is intent on stalking you or doing you harm. To minimise the potential hazards posed by adult dating sites, there are some things worth thinking about before you start engaging with other users. 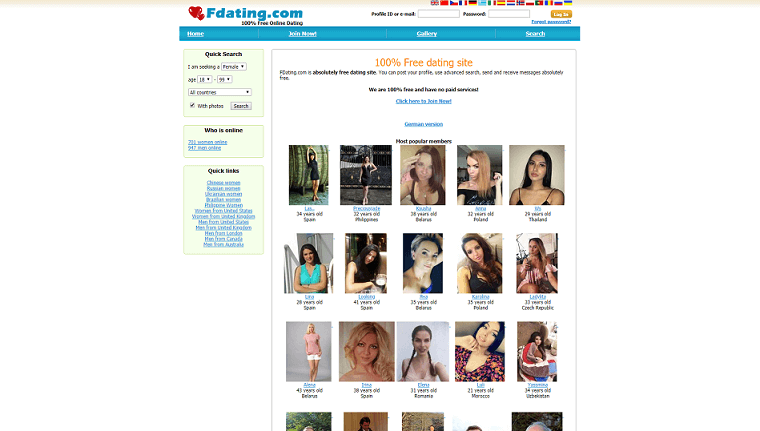 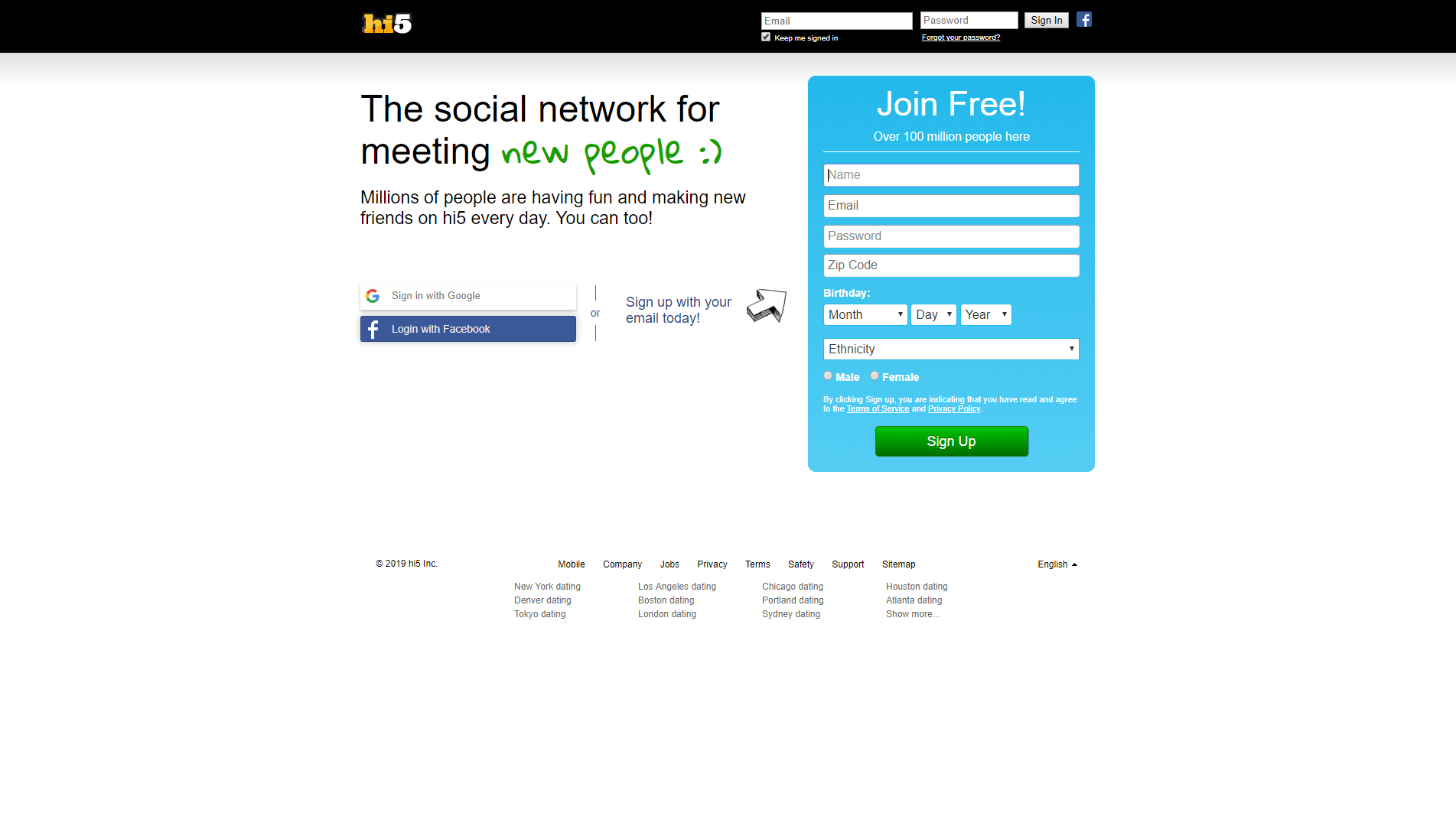 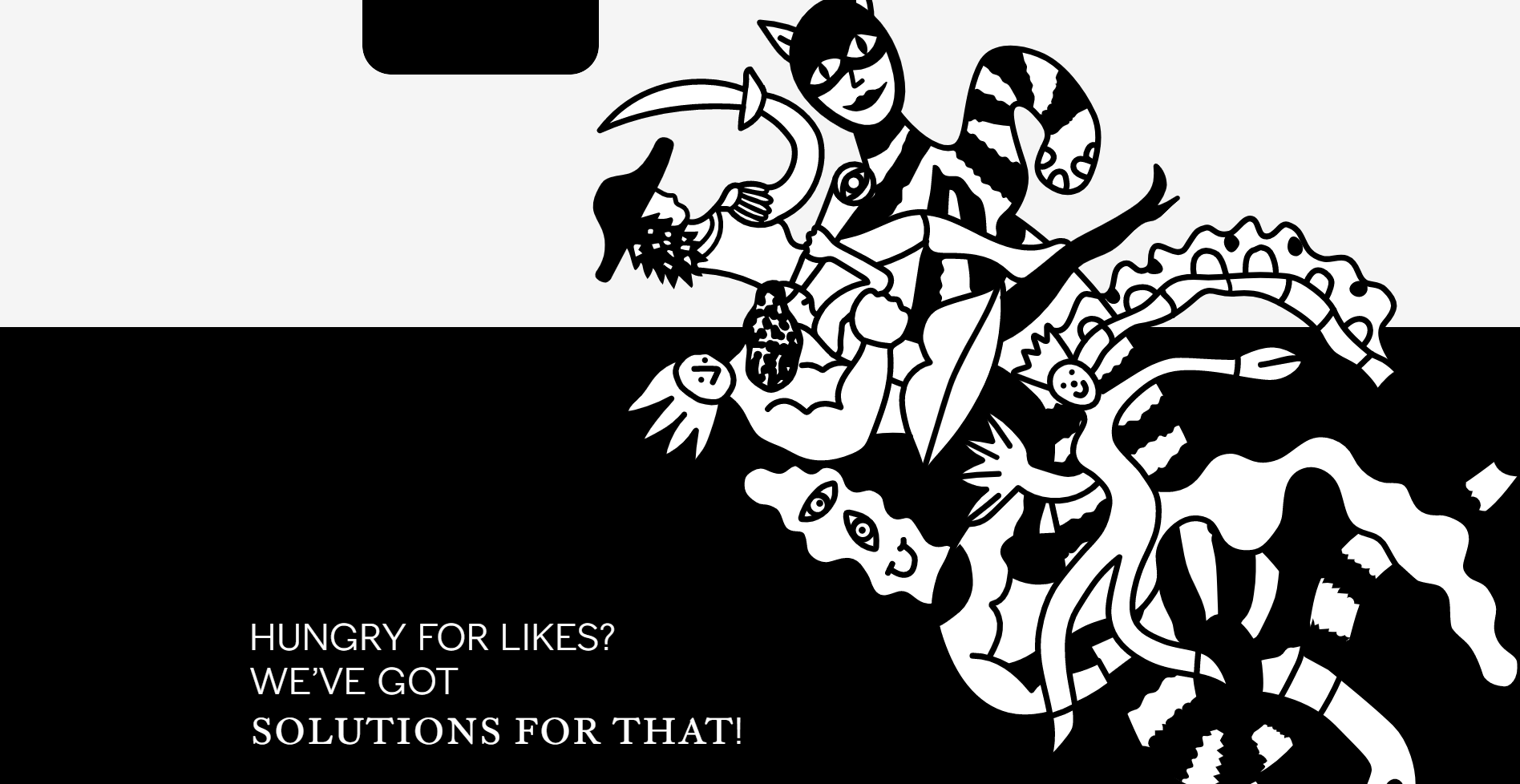